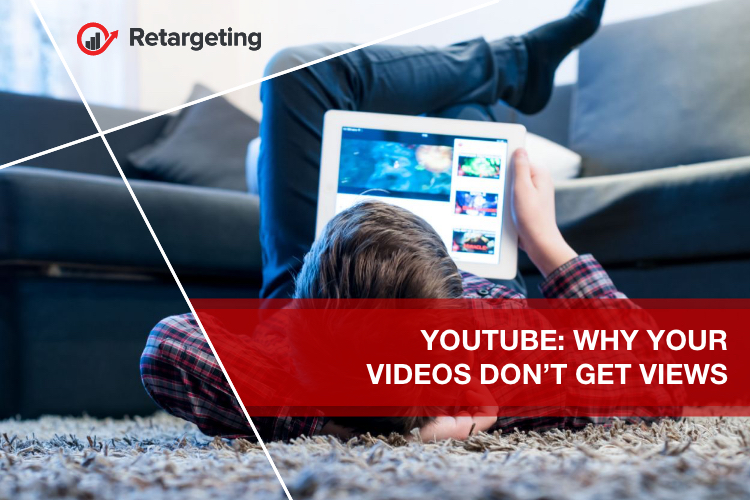 Many video creators regard the YouTube algorithm as a higher power that rules overview counts, completely outside of their control. They believe there’s no understanding of how the YouTube algorithm works. It’s one of the platform’s most carefully guarded secrets, after all. Except it isn’t.

In a research paper published in 2016, a group of Google engineers shared their plans for how videos could be surfaced through YouTube’s recommendation engine for better user experience.

While it didn’t garner much attention at the time, it bears a lot of relevance to the YouTube of today since 70% of YouTube views now come through this recommendation engine.

If you want to get more video views in the long term, you need to understand a few things about how the YouTube algorithm works in 2019.

According to a research paper published by Google specialists, the signals that YouTube uses to rank videos for recommendations are:

If a video has a high click-through rate but generates low watch time, then it’s clickbait without a doubt. But if attention-grabbing thumbnails and titles get people to click through and watch your videos, then that’s not only fair in YouTube’s eyes, it’s ideal.

Stick to a consistent premise or format for your YouTube channel

Consistency is the foundation for success on YouTube. Without it, you might be able to capture attention, but you won’t be able to keep it. Channels that find their consistency are able to sustainably grow their subscriber base and viewership. The reason? It makes it easier for people to decide to watch more of their content and subscribe to their channel.

If you want to deviate from your core premise, it’s best to do it on a separate YouTube channel to avoid undermining your own efforts. 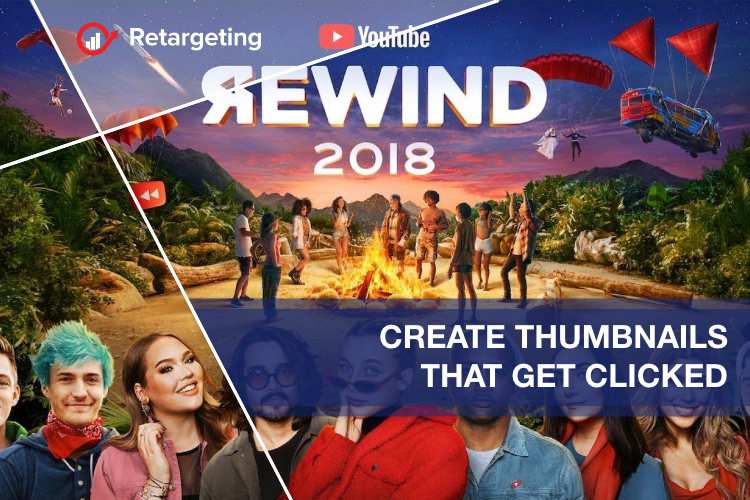 Create thumbnails that get clicked

Emotions are an efficient way of conveying complex nuances. It’s well known that humans are hardwired to respond to faces, but keep in mind that faces that convey complex emotions outperform stoic or benign expressions.

According to research, an image’s tendency to win against others dropped when it contained more than 3 people.

The rule of thirds is a simplified way of achieving the “golden ratio”, which studies have shown minimizes the amount of time it takes for our brains to process an image.

This image composition guideline suggests that you position your point of interest not in the center of the image, but in the first or last third of the frame.

While it’s more of a guideline than a hard-and-fast rule, designing your thumbnail in this manner lets you draw the viewer’s eye to the most important “message” in your image.

According to a recent study, YouTube now accounts for 37% of all mobile traffic on the internet. That also means a fair segment of your viewers will see your videos on a mobile device.

The prominence of your thumbnail relative to the title makes it almost guaranteed that the user’s eyes will be drawn to the thumbnail of your video first. And then, if they find the image compelling enough, will they read the title. So why not add some text to the thumbnail to help viewers make up their minds?

The text can be the title of your video or even just a handful of words that are related to its hook. Whatever you choose, if over a third of your viewers are used to “reading” thumbnails on mobile, make sure your own thumbnails can communicate what your video’s about even without the title.

YouTube thumbnails can be very similar aesthetically, and so making it easy for viewers to spot your videos at a glance increases the chances that they’ll be clicked on by people who are already familiar with your content.

If you have a consistent format for your YouTube channel, consider branding your thumbnails to differentiate them from other recommended videos.

Getting people to view your videos is one thing. Getting them to actually watch a video all the way through is another. Luckily, you can improve your video completion rate and earn more watch time by building this objective into your video creation process:

The YouTube algorithm has changed a lot over the years, each time leaving creators and brands scrambling, wondering why the methods that they once relied on aren’t working anymore.

But even as the YouTube algorithm evolves, keep in mind that the platform’s goal remains the same: Get more people watching and engaging with more videos on YouTube.