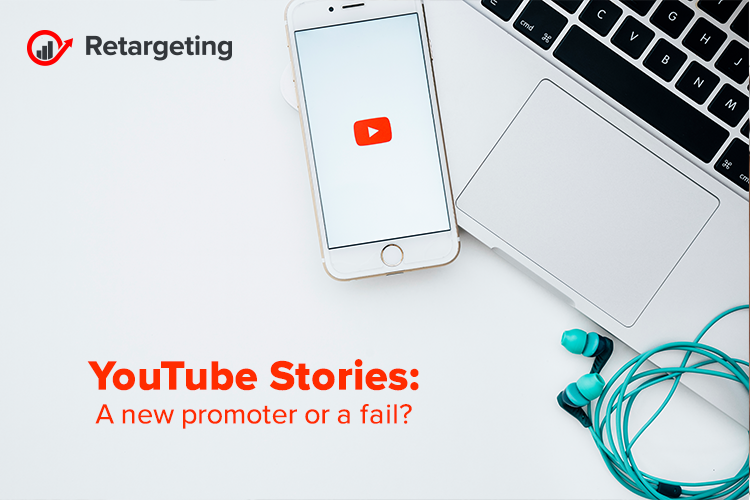 Stories have become one of the most successful formats of social media. Snapchat, Facebook, and   Instagram are the most popular versions, with the latter surpassing all others to reach 400 million daily users this year.
As a result of this success, the latest social media app to experiment with Stories is YouTube, with its version now being rolled out to creators with 10,000 subscribers or more. But is it another wannabe or will it catch on with viewers?

A new twist on Stories
First of all, YouTube doesn’t appear intent on making its own a carbon copy. There are marked differences.
Not everyone can create YouTube Stories, as the feature is only available to creators that already have a substantial audience. Second, the videos last for seven days rather than 24 hours, and there is also the option of creating multiple Stories, each with its own set of videos, to be live at one time. This is distinct from sites like Instagram and Snapchat, where all photos and videos are pulled into one, centralized Story.
On YouTube, Stories will appear in the ‘Up Next’ list for non-subscribers and in the ‘Subscriptions’ tab for subscribers. Additionally, viewers can comment on Stories as well as ‘heart’, ‘thumbs up’ or ‘thumbs down’ other comments.

Building on community
Stories on YouTube are only available to creators with an audience of more than 10,000 subscribers. In short, its aim is to help creators build on their communities, to promote channels, and to foster audience engagement.
The type of content already being pushed out on Stories is further evidence of this. Creators who tested the feature have used it to give viewers a glimpse of what happens behind the scenes of videos.
Moreover, YouTube Stories theoretically takes away the need for creators to head elsewhere to update audiences in a quicker, easier, and more low-key manner. YouTube is clearly aiming to give creators more reason to stay within its own walls, and less need to engage with audiences elsewhere.

Will it succeed?
Since YouTube announced the roll-out of Stories, there’s been a wave of scepticism from creators and users of the platform, mostly related to the multiple platforms already offering the feature.
Another criticism is related to the fact that the platform favors bigger and established creators and is shunning small and start-up creators. Stories seem like another feature designed to help creators who are already established. While 10,000 subscribers might not sound like a massive amount, it is still difficult to achieve in a saturated field like YouTube.
Some people also seem a little doubtful as to whether Stories will actually foster real engagement on YouTube more than standard content. This is because creators can only reply to comments with videos or photos rather than text. Which in theory sounds good, but could fall flat if the feature goes unused.

What about brands?
While YouTube is promoting Stories in the context of creators and influencers, the feature undoubtedly presents opportunities for marketers and brands on the platform.
Whether it’s behind-the-scenes footage, polls, competitions, or exclusive snippets of bigger campaigns the format is ideal for a more casual and creative style of brand content.
But will brands bother moving to YouTube when they’re already succeeding on Instagram? The fact that videos last for seven days could bring some to the platform, as it gives viewers more of an opportunity to find content.